Lisbon is a paradox. A beautiful one.

It felt like a breath of fresh air after seeing Barcelona’s statuary architecture, overly crowded streets, the myriad of tourists from all over the world hungrily making their way around Las Ramblas (street) and other major attractions.

When we arrived there (part of our post-grad Europe backpack round-trip) in the summer of 2oo7, the city seemed at first glance rather quaint and  dusty.  Like a woman who lost track of her age, neither young, nor old, with heavily layered and old-fashioned but nonetheless, extravagant make-up. Roughened, tired, caressed by unaccountable lovers, but still enchanting. Still standing, still smiling.

Alfama district with St George/Sao Jorge Castle in the back.

View from inside the Castle.

One of the striking things in Lisbon is the light….Silky and soft, surrounding the buildings, narrow paths and streets in blinding reverberations. Transforming them in columns of light. The most predominant colors are creamy, white and bleu-ciel, integrating the new and medieval architecture in a tempered, balanced order. 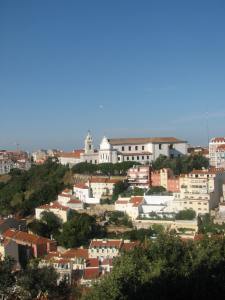 Lisbon stands on seven hills as well as Rome and is, above everything all else, a port.

Capital of Portugal and most of all, its biggest commercial gate, Lisbon is responsible for over 80% of its water traffic through its quais, docs, and under the longest bridge in Europe: Vasco da Gama. Another famous bridge, over Tagus/Tejo river, is “The 25th April Bridge”. Designed and constructed by the same company that build “Golden Gate Bridge” in San Francisco, California. And let’s not forget that, as the legend points out, Lisboa was founded by Ulysses, another great nomad-traveler by the sea…

And let’s not forget that, as the legend points out, Lisboa was founded by Ulysses, another great nomad-traveler by the sea…

Being open to explorations and influences brought back by its courageous and fiery men like Fernando Magellan and Vasco da Gama, it is almost incredible how everything blends in in the architecture of the city:  Moorish, Manueline or the Roman-Gothic style, built round-and-round Alfama district, Bairro Alto and Belem. Lisbon is also the most far-away western city/point of Europe.

The old streets of the city are so narrow that no motor vehicles are allowed. People are just walking freely, up and down, with their footsteps resounding on the cobbled paths…

St. George Castle was built long before Portugal became a state and you almost feel, between its stony, thick walls, the falling of centuries. From above, the city seems written in a palm but the castle is only deluding you in thinking that it might offer a cipher for it…

One of the entrances in the Castle.

Tip: after a while, the train will stop at Coimbra University City…That will provide you with enough minutes to contemplate the ancient and famous University on top of the hill, standing proudly in the Iberian sun. :)

Abstract art on top of the Berardo Museum of Modern Art.

In 9 words or so: things to see and do in the city: 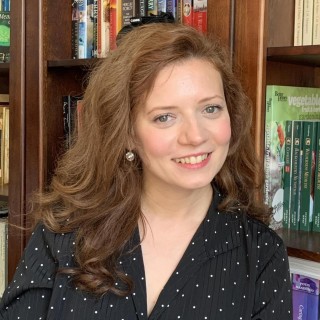